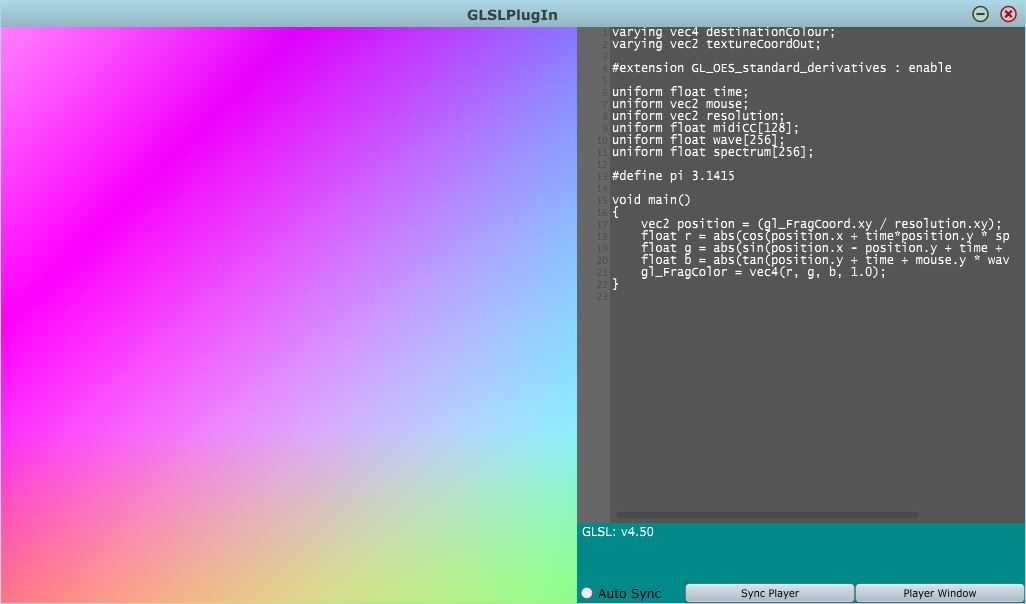 It is an editor that describes a shader language called GLSL (OpenGL Shading Language) and a VST / AU plugin that displays a window to execute OpenGL drawing. Using the plug-in form, we have implemented the following distinctive functions.

By using these functions, you can control the shader in conjunction with DAW’s voice and MIDI automation. It may be used for VJ applications.
The shader that can be edited with this plug-in is “fragment shader” only.

For details, refer to the Wikipedia article.
I think that it would be nice if you could catch the article of “WebGL Honkyama” for more detailed information and fun illustrations.

The GLSL editor of this plugin is designed to be compatible with GLSL Sandbox. By typing the same code as the GLSL Sandbox gallery into the editor you can draw in the same way.
Attention: Please properly operate / use shader code based on the existence of copyright. Especially, do not steal others’s code, or misrepresent others’ code as yourself.

Some uniform variables are specific to the GLSL Sandbox and others are provided by this plugin.

This software is distributed under “GPL v3” license.
The source code repository (GitHub) can be accessed from the following link.
GitHub 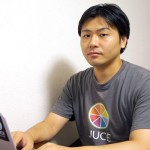